Ethnic songs are a special tale, connected with rituals, the strength of the ancestors and a magical natural energy passed on from family line to family line, from generation to generation. For example, having been on the largest Festival of Peter Gabriel featured in the Guinness Book of Records where musicians from all countries play their national music unwillingly you to start to believe in its supernatural power. You would have experienced something similar on the presentation of the new music video for the song Vaya of the band Oyme.

The band from Mordovia first appeared on stage in 2011. In translation from Erzya»Oyme» means «soul». This is more than symbolic, because in each song there lies a personal experience, both unique and intimate, understandable to everyone. Erzyais a Finno-Ugric people. The frontmanEzhevika Spirkina is an Erzya but also an ethnographer, thus an immersion into national peculiarities is guaranteed for the unprepared listener. She’s like a sorceress on stage. It seems there is a spell in every gesture, and a plot in every sound. It gives you goose bumps. 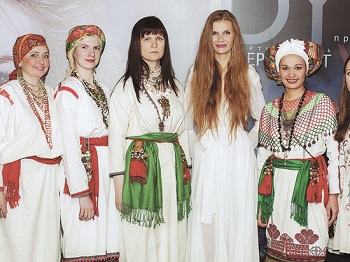 All this captivates and makes you listen to the show in one breath. The musicians comment on the name of the band, saying: «The music of Oyme is like the soul, having many faces and contradictory». Their repertoire consists of folk compositions and laments in Mordovian dialects, not only in Erzya, but also in Moksha and Shoksha. Folklore is an indestructible foundation here. Everything works out so well not only because of the spectacular, bright singing, but also because of instrumental passages on authentic instruments, also the ethnographic expeditions, thanks to which the band began to reconstruct ancient rituals, costumes and the instruments themselves. Within the sound this is mixed with elements of electronic music and even rock: the field for experiment is endless.

The artists had to work hard to impress the sophisticated audience. In the beginning of the show, the artists seemed withdrawn from everything around them, even when the instrumentalists played pieces which had the strength to drive the vocalists to a dancing performance. But then they caught fire, separated and showed the audience what they were really capable of, making the whole venue dance. At some point, the gurus of World Music in the face of the members of Deep Forest appeared on stage. The style they are developing for many years now is called ethnoelectronicmusic. It is difficult though to define stylistic boundaries, their creativity is so versatile. Until now, there are disputes, who first created the style of world-music. Was it Peter Gabriel or, after all, Deep Forest? Here fans differ in opinions, but the musicians themselves do not conflict with each other, they do not fight for the palm in this competition and just go on with their fine craft.

Oyme was favoured by the Deep Forest mastodons, which led to a remarkable collaboration. Before releasing their new album «Evo Devo» where the girls perform «Oyme’s Song» and «Simply Done» that were recorded with Deep Forest, in May 2016 Oyme took part in a Russian tour for foreign artists. Apart from Deep Forest, another tandem was presented at the show, with Dina Joe, when in a wild mixture Mordovian and Kazakh singers performed the song Karelia. Mixture of cultures is a regular phenomenon for this style. Dina andEzhevika, having different characters and not at all alike sang wonderfully on one stage and each showed her potential in the full. Dina grasps the situation from the first note, dissolves in the melodies and passes on the energy of the music to the listeners. In this sense Ezhevika is more of an actress here, but the more you watch her, the more you feel how intuitive her movements on stage are, and how well she plays.

The Vaya clip was the cherry on the cake, the program’s main focus, however you put it. It’s a very beautiful, high-quality, stylish and conceptual video where, as Ezhevikasaid, the «industrial» masculine and «natural» feminine origins united (the shooting took place in various locations: in a post-industrial factory, on a river bank and in a field). It became the debut of a young director Maxim Bykanov, filmed under the guidance of Alexey Dubrovin and Elina Glazunova. The featured guest that took part in the music video was Mario Forelli, a choreographer and dancer of Cirque du Soleil. The girls dance and sing within a circle of fire, the soloist immerses into water, taking off a light white dress. A lot more interesting is happening. The clip somewhat resembles a picture that came to life, which reminds of the the live canvases that are the new fashionable trend in Moscow. But here the story is different story, enhanced with extraordinary music and vibe. 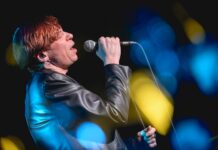 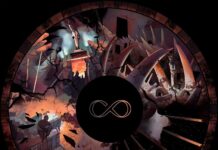 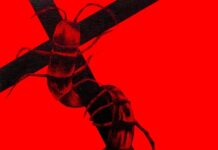